Joining Mark Graban for this podcast is Steve Shortell. He is Blue Cross of California Distinguished Professorship, HPM and is a Professor of Organizational Behavior at the University of California, Berkeley School of Public Health. In this episode, they discuss some initial research that was released in a paper that was published in The Joint Commision Journal on Quality and Patient Safety. […]

Zuckerberg San Francisco General Hospital, a member of the Catalysis Healthcare Value Network, shares a big win in cutting readmissions. It might even seem overly simple, but using an email approach to care coordination between physicians can not only improve outcomes and provider satisfaction, but also have a fairly profound impact on readmissions, according to a […]

by  Dr. Jeff Thompson, executive advisor and CEO emeritus at Gundersen Health System Healthcare delivery in the United States has a huge flaw. We are spending trillions in a sector that comprises nearly 20% of the economy, and yet we have not agreed upon what we are trying to accomplish. What is the overarching goal? What sub-goals […]

Last October, Catalysis formed a partnership with the University of California Berkley School of Public Health, forming the new Center for Lean Engagement and Research (CLEAR). Under the direction of Stephen M. Shortell, PhD. and dean emeritus, the goal of CLEAR is to help achieve the triple aim of better healthcare quality and patient experience, improved […]

Lean Healthcare in Tanzania: Meeting demand for high quality, affordable eye care Summary In a country of 47.5 million people, it is estimated that 3.5 million Tanzanians live with a disability. There are lasting, severe consequences to delayed treatment of physical impairments, including malnutrition for people with cleft lip/palate, painful mobility for […]

From Harvard Business Review by Ted Toussaint, Karen DaSilva, John S. Toussaint December 13, 2016 Republican control of the White House and Congress won’t change the U.S. health care’s movement away from the traditional fee-for-service system to one that is based on value, paying providers on the basis of the quality of outcomes achieved for the money […]

From Planet Lean comes a case study on how an improvement program of the British national healthcare system inspired a Belgian hospital to launch an organization-wide lean transformation with the active support of the HR and nursing departments. Read the full case study here.

CASE STUDY – The whole of Helsinki’s hospital district is leaning out, with incredible results. It isn’t every day that we come across – let alone have the opportunity to observe – a lean transformation in such a large healthcare organization. Follow this link to read this case study at Planet Lean: http://bit.ly/2b5IxoQ

Success and Failure in Medicine In this BBC podcast, Dr. Kevin Fong explores the concept of ‘lean’ in healthcare. He visits Toyota’s largest car assembly plant in the United States and discovers how the company’s legendary management philosophy – the Toyota Production System – is being implemented in hospitals, in an effort to improve patient […] 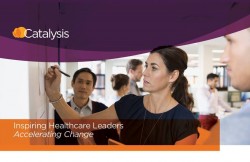