It sounds like a simple idea to change from push to pull. 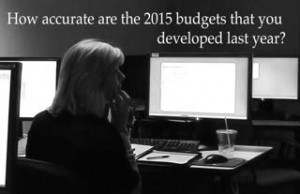 In the months of December and January, many hospitals are in the middle of putting the finishing touches on their annual budget. Thousands of line items, each requiring thought, planning, and measurement are rolled up into a larger set of numbers. Hospital leaders will use this one document to make future financial decisions basing their assumptions on data from the previous six months when the budget process began. This is known as the push style of budgeting. Conversely, some hospitals are changing their annual budget process from push to pull, and have reduced the time spent on budgets by 60% or more.

David J. Cooke, former CFO of Park Nicollet Health describes their previous, flawed budget process as a considerable waste of time and resources.  He explains that annually, “240 budget managers spent almost 100% of their time for at least six weeks developing the first pass at the budget,” which is always proven to be inaccurate, “so we would have to do it again.” As a result, thousands of hours of re-work would then begin.

Organizations like Park Nicollet Health, ThedaCare, and many others have discovered the advantages of a pull budgeting process. Brian McGinnis, VP of Finance at Thedacare, describes the benefits they have discovered by forecasting quarterly instead of utilizing an annual budget: “Within our own delivery system we can react [more quickly] than if we only do a budget once a year…we can adjust our targets to be more aligned with what’s really happening in our operations, especially when the signal is one that might be negative.”

Another reason ThedaCare eliminated their traditional budget system is because it was a large batch of work that they did once a year. By utilizing rolling forecasts, a major component of the pull system, ThedaCare saves countless hours, which provides important time to improve the standard work for this process through a PDSA cycle. McGinnis explains: “When we are done [with a quarterly rolling forecast] we will go back and see, did we follow our standard work? Can we improve upon it? And, almost always we can, and that’s how we look at our forecasting model. We are never done. It’s something we can constantly improve and we do that by following standard work and reflecting upon it when we’re done.”

This push versus pull concept may be an oversimplification of a very complex budget process. But the idea of moving beyond budgeting has been around since the 12 Beyond Budgeting Principles were identified in 1998 by Jeremy Hope, Robin Frazier, and Peter Bunce. These Principles have helped thousands of organizations save time and money, and could do the same for your organization. With the right support, education and tools you too can start to pull rather than push your budget.

If you would like to learn more and see how ThedaCare and Park Nicollet Health have changed their financial reporting process, the Center is releasing a new DVD in January of 2015, entitled Moving Beyond Budgeting in Healthcare: How Finance can Support Operational Excellence. We are also holding a Lean Leadership Series in Salem, Oregon on April 21–24, 2015 and our Lean Healthcare Transformation Summit in Dallas, Texas on June 3–4, 2015. Both of these upcoming events will include workshops and further discussion on the pull style of budgeting.